This is the beautiful town of São Vicente, belonging to the municipality with the same name, just like Hunedoara is where I was born and lived so far. It's a small town with a total of about 79 square Km, and just over 6000 wonderful people living there. I feel like home where ever I am, so this is not a desire to travel or a destination to be reached. Just feels like home and it felt like a strange familiarity since the first times I've seen it, many years ago. Very few things are very familiar to me, at least in this world, when I find something like that, I say so. This is one of them

São Vicente is home of the famous Madeira wine , well known around the world for about 600 years. Strangely enough, that's about the time the Corvin's castle in Hunedoara was built. Most strange is that the name of the town, partially, comes from the fact that the early settlers coming to this valley found numerous crows flying over and that reminded them of Saint Vincent, whose remains were defended by one of these Corvus, which is also the emblem of Hunedoara and at the same time of our castle here

The legend says that the name for the municipality and for town comes "from an incident where Saint Vincent of Saragossa appeared in a rocky cove near the mouth of the river. Consequently, the settlers constructed a small chapel to the saint, owing to the great devotion to his personage."

The municipality of São Vicente , established in 1744 has three parishes: São Vicente, Ponta Delgada and Boaventura. This area of the island is famous for surfing which is something I will be learning. There are a lot of things to do there: local and cultural events, viticulture, sports, racing or all kinds, hiking on the mountains, sunsets, sunrises, the ocean etc.

The city is not far from the capital, Funchal. About a 30-40 minute drive with a car and around 2 hours with a bus

I will make it there, soon enough. Lots of things to do here before I can go and then to settle to Madeira in the coming years.

A little treat for Damni, Shay and Jake: bike rides

More stuff to come in this thread as days, weeks and months pass, so... stay tuned

Less More
2 weeks 5 days ago #2 by snowman
Replied by snowman on topic São Vicente - Madeira
Ponta Delgada, at the other end of the tunnel, East of São Vicente. Very beautiful photo taken by Diogo 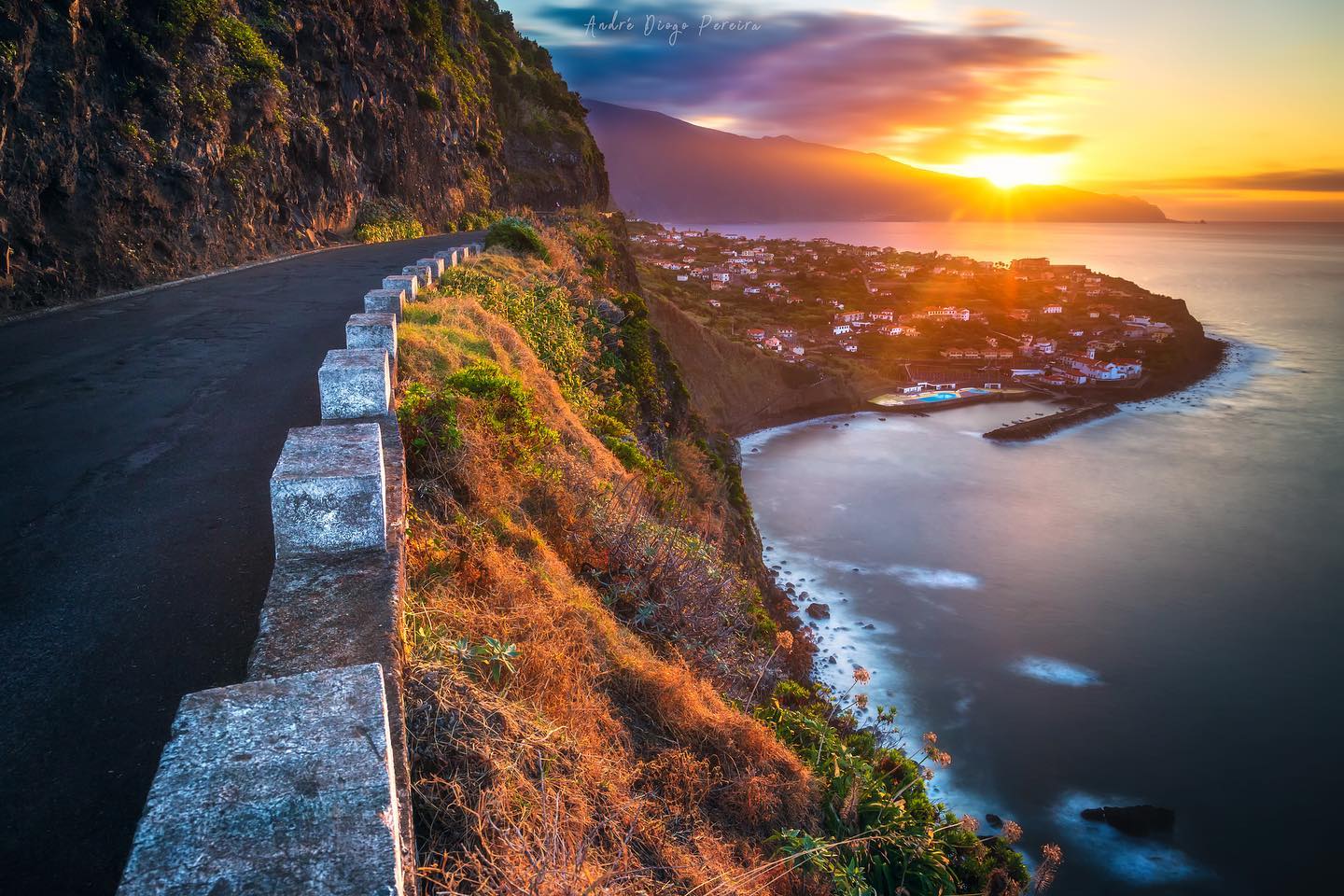 "Straight and narrow is the path."

Less More
2 weeks 4 days ago #3 by snowman
Replied by snowman on topic São Vicente - Madeira
I used to wax my sledge with pig's fat in the Winter to make my sledge run faster on the snow. I hope it's the same with surfboards

"Straight and narrow is the path."
The following user(s) said Thank You: Juanma66, Damni, Maquisard, ShayoX

"Straight and narrow is the path."
Last edit: 2 weeks 2 days ago by snowman.
The following user(s) said Thank You: Damni, Maquisard

Less More
2 weeks 1 day ago #5 by snowman
Replied by snowman on topic São Vicente - Madeira
Let's join my friend Diogo for a wonderful walk following the levada do Folhadal, with an awesome view over the valley Serra de Água, south of São Vicente

"Straight and narrow is the path."
The following user(s) said Thank You: Damni

Less More
1 week 6 days ago #6 by snowman
Replied by snowman on topic São Vicente - Madeira
This one belongs to Movies... so I'm going to rename this thread and keep Madeira posts all here.

"Straight and narrow is the path."
The following user(s) said Thank You: Juanma66, Maquisard